Computer science initiatives like code.org and the hour of code have made great progress in increasing the numbers and the diversity of students taking the AP computer science exam. But despite this revolution in computer science education, high school STEM courses like physics, chemistry and other subjects are typically still taught without integrating computation. The STEMcoding project has set out to change this by launching a youtube channel in 2017, and organizing the first physics-standards-aligned hour of code activity on “The Physics of Video Games”, and performing educational research on best practices for integrating coding into introductory STEM subjects. 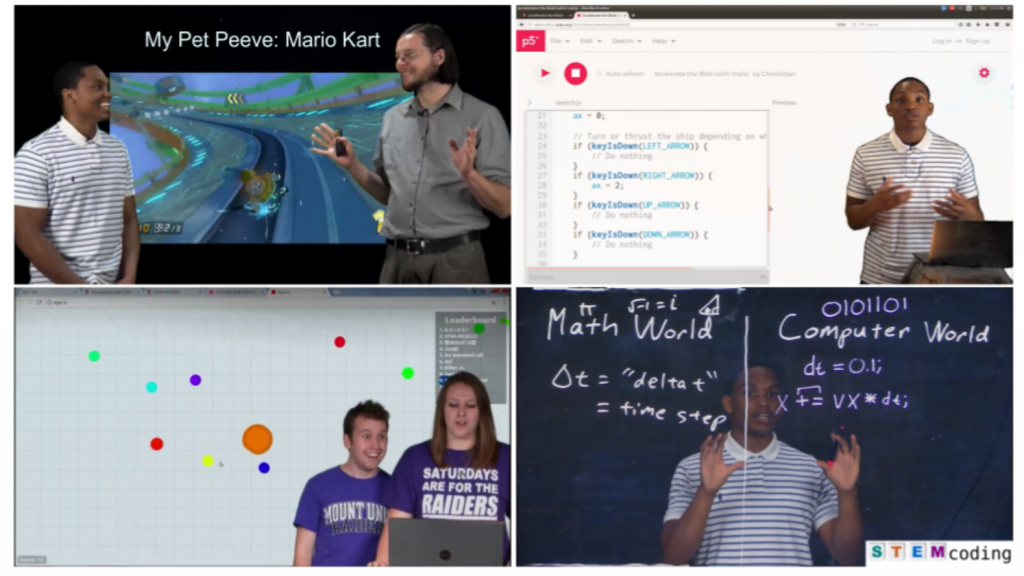 The STEMcoding project is led by Prof. Chris Orban from the Ohio State University physics department, who himself has a background in HPC. As an undergrad, he performed simulations of galaxy formation at NCSA. His thesis work involved cosmological N-body simulations run at the Ohio Supercomputer Center, and his postdoctoral work involved computational plasma physics. But when he was hired as a professor at Ohio State in 2014, he began creating simple coding activities designed for freshman physics classes. In 2016, he began sharing these activities with physics teachers in Ohio and in 2017, the “STEMcoding project” received two significant grants to take the efforts to the next level. Most recently, he and Prof. Richelle Teeling-Smith from the University of Mt. Union worked together to train 15 teachers to integrate coding into their courses.

“There are a lot of reasons to introduce coding into high school STEM.” says Orban. “For one, most STEM professionals use programming at some point in their careers. But even professions that don’t require much coding, still often involve sophisticated computer simulations of various phenomena like structural integrity, or heat flow or even traffic patterns. One of our foremost goals is to convince students that the computer is not always right, and even the most sophisticated simulations can be checked for accuracy.”

The activities Prof. Orban developed involve simple 2D video games with realistic physics. Games like Asteroids, Lunar Lander, Pong and Angry Birds are used to illustrate how a simple code can produce a realistic model of the world. Key to their approach is “hiding” physically uninteresting code from the user, so the focus can be on the part of the code where the physics happens. In a recent paper, they refer to this as a kind of “hybrid” between black box interactives like PhET and a traditional computational physics approach.

The next steps for the STEMcoding project involve more quantitative research on best practices in the classroom and training more STEM teachers to use their set of coding activities. They are looking for more opportunities to train STEM teachers and informal outreach staff in other states. If interested, e-mail Prof. Chris Orban at orban@physics.osu.edu. You can also follow @STEMcoding on twitter, or sign up for their e-mail list here: https://lists.osu.edu/mailman/listinfo/stemcoding